First painting I've done in about ten years and I'm pretty happy with it.  Still getting back in the saddle, but I don't think I've lost too much.  As a matter of fact I can tell you (whoever you are) that I've definitely improved in certain ways:  1) because I've stepped back and am not stuck in certain stylistic ruts and 2) because my time directing has forced me to be more meticulous about small details that I never used to care about.  In the past I wouldn't have taken the time to get as detailed as I did and would have just said "well it's a haphazard style so it doesn't matter," but now I think I know when to leave mistakes, when to cover them up and when to purposefully make them.

Anyway I painted it on top of an old abstract I did in college that I thought was breathtaking then and now I realize was wildly mediocre.  I thought drawing an image out of myself to reflect how I've progressed as an artist (in reference to my above thoughts on how I've improved) would be interesting.  In the end I find the painting actually reflects on a different aspect of my personality/life, but I won't say much more on that subject but instead leave any interpretation about it up to you.  I think learning what you're trying to tell yourself through painting is important, and the things you learn should be kept to yourself because as soon as you verbalize it, then it becomes your intent rather than what you've achieved.  Good art comes when the creator can make themselves the viewer as well... and I've just decided that this is "good art."  What a horrible label... "good art."

Whatever, here's the progression of the painting:


Day One:
You can kind of see the original work underneath... and yes that's a Santa hat on my easel. 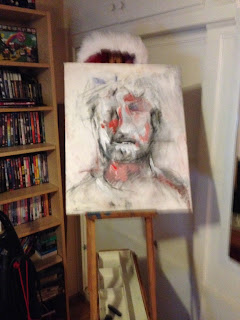 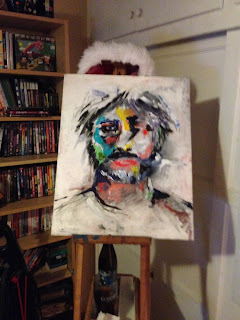 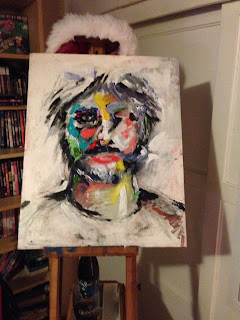 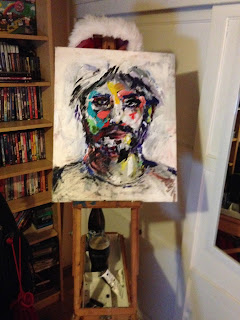 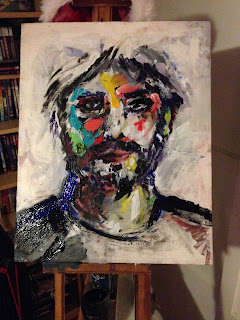 Day Two:
I just decided to paint with white over everything that I didn't think was working... which was a lot of it. 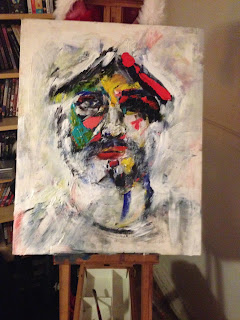 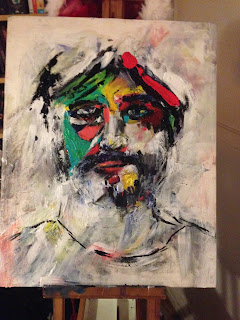 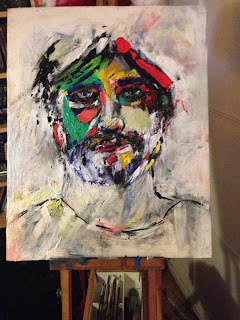 Day Three:
Added a ton more white over the sections I hated, and kept on trucking. 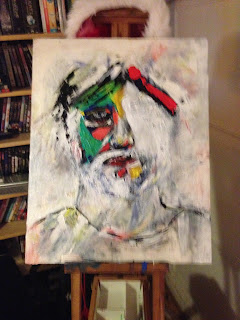 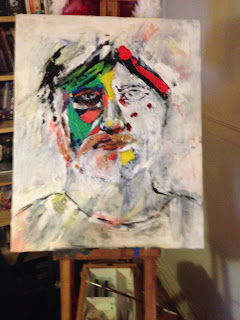 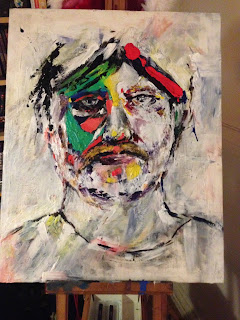 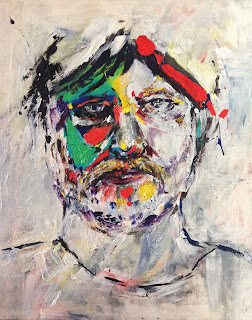 And finally we have this... is it perfection.  No.  I guess it's just "good art."  Who cares, I'm happy to be paining again and have paint all over my hands... it looks like a strangled a smurf to death.  Anyway expect t more.  Peace to your crease.
Posted by Stu Beans at 11:23 AM No comments: