Well NOW I truly am in the big leagues.

Thanks to my wonderful friend Jason Shwartz my film is now being featured on the Huffington Post, in the comedy section.  I should try to get it onto the fox news website next just so people don't start to think he has any particular political leanings.  Herman wants to remain politically neutral.  Still this is a big honor so please go check it out:

Of course I say check it out, but it's still the same animation it always was... I haven't George Lucas'ed it for the site.

So the good people at LAIKA, the creators of movies like Paranorman and Coraline, apparently are giant fans of "Yours Truly."  Specifically of my recent short Herman Blue: The Pumpkin Comic.  And I'm not surprised, them being a stop-motion studio that seems to love spooky stories also!  Anyway give them some traffic and like their page (and more specifically my project) here:

So does this mean that there's a full length feature of Herman Blue in their future?  Undoubtably not.  Who the heck would see that?  Not even me!  But I'm still honored that they put it up  Thanks LAIKA! 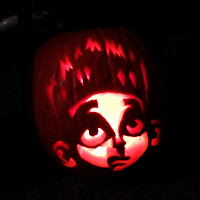 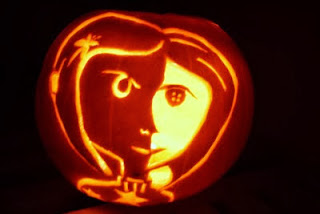 "The Animation Scoop", an animation site created by Jerry Beck, posted Herman Blue: The Pumpkin Comic today, which you can find here:

Jerry is a well known animation historian and has written 12 books on the subject.  So having him give props to my dopey film is a big honor.  Thanks a lot and everyone send some site traffic their way. 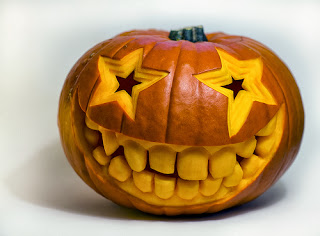 HERMAN BLUE: Making waves all over

Well it seems that since appearing in it's first festival ever (ASIFA Atlanta's "Roll Yer Own"), Herman Blue: The Pumpkin Comic has continued to have success.  Firstly it was selected into the R.I.P. Horror Film Festival.  This three day long festival is located just south of L.A. in Long Beach CA and is sure to be a scream... pardon the pun but remember I did write the aforementioned short film.  They are kind of my thing.  Anyway they gave me my first one of these: 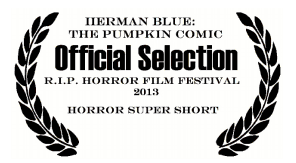 Fancy.  Additionally ASIFA Atlanta continues to champion the short, helping it find a place in Atlanta's own Buried Alive Film Festival.  It's going to be playing as part of a showcase at 7 O'Clock on November 9th at one my favorite places to see a movie, The Plaza Theater.  They serve Moxie and what could be bad about that?

ASIFA has also graciously agreed to include it as part of an international showcase, through which many other chapters of the organization can view it and decide if they'd like to show it in one of their festivals around the world.  Of course if none of them pick Herman Blue up, it will be a crushing blow to my ego, so let's keep our fingers crossed.

Anyway the journey doesn't end there.  A few more things are on the horizon for the film (but I'm not gonna say what yet), so keep your eyes peeled.  And in the mean time I will keep submitting it to festivals all over the world.
Posted by Stu Beans at 10:45 PM No comments: